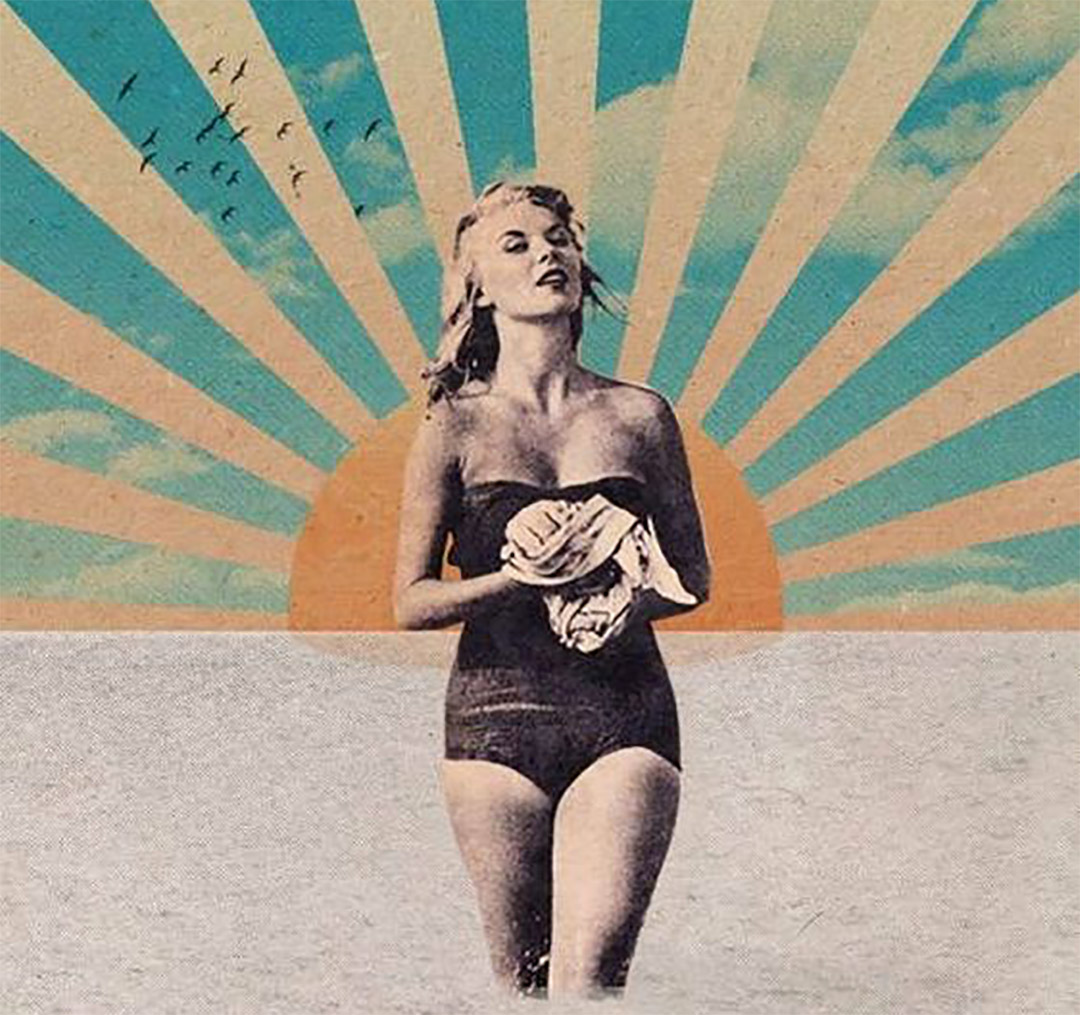 And just like that, a new month is upon us, reminding Miamians to keep the pride up. As we wave goodbye to the deliciously dry winter days and dive deep into Spring’s sunny weather, we can’t wait to get down. April isn’t just a month for fooling. It’s a time to celebrate film releases, vibrant pride, and a whole lot of lazing in the sun. In case you’re feeling indecisive, we’ve gathered the top things to do over the next two weeks:

Overload with David Brooks – New York artist David Brooks returns to Vizcaya to join the community for an in-depth exploration of his installation, “Of Discriminating Artistic Feeling.” Brooks’ work consists of three bird cages on display throughout Vizcaya’s Main House, recalling James Deering’s love of exotic birds, monkeys and other animals. A local bird expert will add specialist knowledge to the conversation, and the program will round off with the release of a newly rehabilitated pelican from Vizcaya’s East Terrace back into the wild.

Best of Wes – A Wes Anderson Retrospective – A stop-motion adaptation of a children’s novel; a whodunnit spanning multiple decades; a love story between young teens longing to be adults. Since 1996, Wes Anderson has proved to be a unique voice in the cinematic landscape, concocting serio-comic stories full of wit, wonder, and whimsy. In anticipation of Anderson’s latest film, Isle of Dogs, CGAC presents five of the director’s best works to date.

Tacoteqa Tuesday – The Freehand is celebrating #TacoTuesday every Tuesday. They’ll be serving up only Mexican food on Tuesdays starting at 6p. They’ll also be featuring Pitchers of Casa Noble Margaritas for $40. Get some Chicken Tinga Quesadillas & Queso Dip from Chef Jimmy Lebron.
Where: The Freehand. Time: 6PM. Tickets: Free.

John Beasley’s MONKestra – GRAMMY® and Emmy-nominated recording artist John Beasley leads a performance of his smashing big band project MONK’estra with the Frost Concert Jazz Band. Beasley, the Musical Director of the Thelonious Monk Institute has worked with the greatest, from Miles Davis, and Chaka Khan, to Sergio Mendes and Freddie Hubbard. This live performance at the Frost School of Music will capture the spirit of Monk’s style in arrangements flavored with hints of New Orleans, hip-hop, and Afro-Cuban grooves.

I’m Not Gonna Move to LA Comedy Edition – FilmGate Miami invites you to attend their comedy edition of I’M NOT GONNA MOVE TO L.A.! April is for laughter and comedy, incidentally one of the hardest genres to create. Help them pick the best short comedic film of South Florida.

Denim in Distress – Continue on Nomad Tribe’s “Alter Series” where you can have your Denim completely altered and hang out in their front deck and jam out with Silent Revolution.

Seagrass Adventure: Poetry nature Tour – Explore the Bear Cut Preserve in Crandon Park. A naturalist from the Marjory Stoneman Douglas Biscayne Nature Center will be your guide. Be inspired by the sunlight, water, sand, salty breeze, and the unique wildlife and then write a nature themed poem with with help from poet Caroline Cabrera.

Poetry in Pajamas – Staged in a giant bed at the enchanted Miami Beach Botanical Garden, Poetry in Pajamas is an open mic for children of all ages to recite poetry in their pajamas! Miami’s own Afrobeta provides the music, and there will be snacks from Edible South Florida, and a Dreamcatcher installation under the banyan tree by fiber artist, Kandi Stirman

Giralda Under the Stars – The community promenade will come alive one last time until this Fall, with outdoor dining and the rhythm of local bands. Make sure to come early and fill those bellies with the delicious local eats of Restaurant Row’s vibrant selection of eateries. Stay for a magical night for the whole family with The Sh-Booms from Orlando, and South Florida’s own KIDS!

Isle of Dogs Opening Night – Come celebrate the Opening Night of ISLE OF DOGS, Wes Anderson’s latest film, from 8:00-10:00 pm in the courtyard, in front of O Cinema Wynwood. Things will get loud with the dynamic form and energy of traditional taiko drummers, special brew tea, asian fusion food trucks, and a celebration of Japanese culture.

First Fridays at The Yard w/ Keith Johns – Come one, come all to the newest residency at The Wynwood Yard: First Fridays w/ Keith Johns! On the first Friday of every month, Miami’s troubadour will be putting on a FREE show at the Yard featuring local Miami Folk favorite Keith Johns and his slammin’ jammin’ band. Bring a blanket or chairs to spread out on the grass and get ready to sit back and enjoy the best Friday night vibes in town.

Bike305 Bike The Underline – It’s the annual Bike305 ride on the future Underline! This year, the 10-mile ride will begin at Dadeland North Metrorail Station and ends at the River Day Festival at Lummus Park on the Miami River Greenway. The annual River Day Festival will have dozens of offerings from food to historical tours on the banks of the river. The return bike trip is not escorted, but, you can always opt to take your bike back on the Metrorail!

Caribbean Community Day – Community members of all ages are invited to explore the culture of the Caribbean with art activities, a scavenger hunt through the exhibition Antillean Visions: Maps and the Making of the Caribbean, music, and food.

ICA Ideas: In Conversation – ICA Miami welcomes Flavin Judd for a special conversation with ICA Miami Director Ellen Salpeter and Deputy Director and Chief Curator Alex Gartenfeld. Using the exhibition “Donald Judd: Paintings” as a point of departure, Judd and ICA Miami will discuss the work of the pioneering artist, and explore the foundational ideas behind highlighting the artist’s transitional-period work.

Sun Ra Arkestra – To commemorate the 20th anniversary of the Afro Roots World Music Festival, Community Arts and Culture will present the Sun Ra Arkestra, musical torch-bearers for the late, great big-band keyboard innovator. The Arkestra carry on the traditions set by the cosmic philosopher born Herman Poole Blount, complete with full costumes and the songbook from Saturn.

Day of Dogs x Isle of Dogs – Bring your pups to the theater, for our 2:30pm screening of ISLE OF DOGS, and let them sniff out the mystery alongside Duke, Chief, Boss, Rex, King, and Spots. Well behaved dogs welcome in the theater with you to watch the movie! Special treats for the best dogs (and they know, they’re all the best dogs!)

Sundance Tour – 2018 Short Films – The 2017 Sundance Film Festival Short Film Tour is a 95-minute theatrical program of seven short films selected from last year’s Festival, widely considered the premier showcase for short films and the launchpad for many now-prominent independent filmmakers for more than 30 years. Including fiction, documentary, and animation from around the world, the 2017 program gives new audiences a taste of what the Festival offers, from laugh-out-loud comedy to contemplative reflections of the world we live in.

Planetary Poems with O, Miami – When science and literature collide, it’s poetry in motion. That’s the premise behind “Planetary Poems,” a project created by O, Miami and Frost Science, in collaboration with Topos Graphics and The Library of Congress Poetry and Literature Center, as part of the O, Miami Poetry Festival.

Free Lecture “The National Parks, Their Archeology” – In partnership with the Archaeological Society of Southern Florida, the Deering Estate presents a free lecture on the 2nd Thursday of each month at 7:00 pm. Lectures are held in the Visitor Center Theatre at the Deering Estate located at 16701 SW 72 Avenue. The lecture on Thursday, April 12th is “The National Parks, their Archaeology and the Natural Wonders of America’s Southwest.”

Axel Boman at Floyd – Axel is in fact the Swedish word for shoulder, but born and bred Stockholmer Mr. Boman could just as easily have been named Rumpa, the Swedish word for ass, since most of his life has been dedicated to moving just that body part. Jam to the electronic mastermind.

MOAD Presents: Maria Jose Arjona – Taking the form of an unconsummated striptease with a multicultural pop soundtrack, Colombian artist María José Arjona’s performance ‘All the Others in Me’ functions as a bridge between “miss-understandings”. It refuses to point at anything specific or resolve these misunderstandings, but instead offers a panoramic vista on our perception of each other across distances.

National Water Dance – National Water Dance is creating an opportunity for dancers of all ages and movers of all kinds to experience the power of art and performance as a vehicle for social change by collaborating on the formation of a nation wide movement choir. Their goal is to initiate a national “water ethic” that can inform and inspire both participants and audience members to take responsibility for conserving and protecting the water that they use and enjoy.

The Puppy Brunch – Thanks to Downtown Doral, the Puppy Brunch is going to be just as amazing as ever! Bring your furry friend for a Sunday of bubbles, doggy fun, activities, and all the treats they can dream of. We’ll have puppy food by Le Chien Gourmet, puppy adoption, a row of doggy activations and pop-ups, puppy lounges for those who just want to relax, doggy grooming, photo booths plus much more to experience.