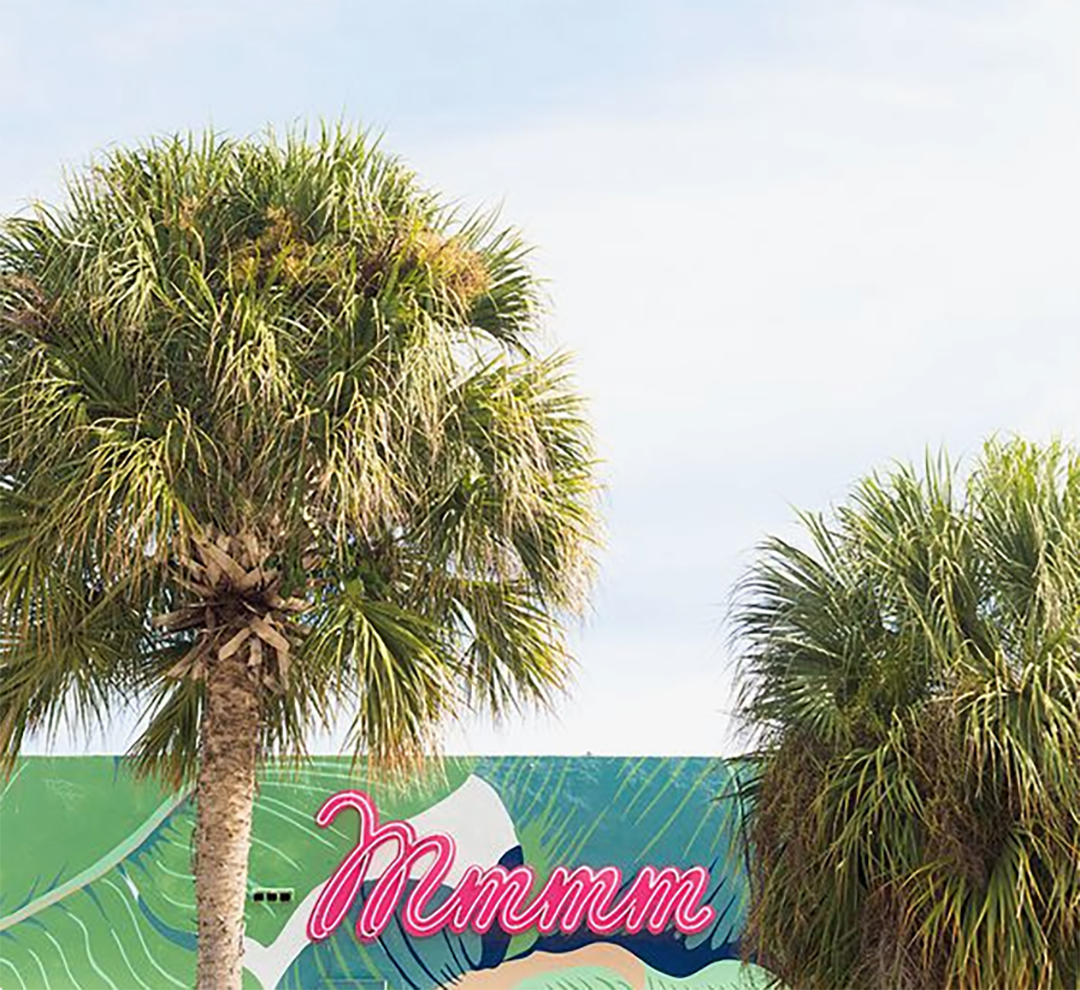 Ringing in the new year is always an exciting time. How will we all grow in the next coming 365 days? Well, by the looks of it, Miami seems to be shaping up quite nicely in just the first few weeks of the year. We’re talking great outdoor hangs in this chilly weather, culinary explorations, and a whole lot of movies. Check out the latest cultural round up:

Full Moon Drum Circle – Every full moon, take in the magical sky at one of Miami’s oldest traditions. Bring your instruments or just sit in the sand and let the live music wash over you. Fire dancers, swims and more.

Meteor Shower – Just Look Up! – With meteors fainter than other showers, the Quadrantids are generally less dazzling than the Perseids or the Geminids. Though, it’s capable of having strong years. This shower also has a sharp peak, lasting only a few hours. But it’s the first significant meteor shower of 2018, giving you a chance to enjoy some fireworks just after your New Year’s celebration.

Giralda Under the Stars – Every first Friday of the month from November – April 2018, the community promenade will come alive with outdoor dining and jive to the rhythm of local bands. Make sure to come early and fill those bellies with the delicious local eats of Restaurant Row’s vibrant selection of eateries.

Laser Fridays – On the first and third Friday, The Frost Science Museum will be rocking out with a retro throwback to the classic laser light spectacles you know and love. From Pink Floyd to Daft Punk, they’re fusing music from some of the greatest artists of our time with old-school laser light visuals—all under the Planetarium’s 67-foot dome.

Where: Phillip and Patricia Frost Museum of Science. Time: 7PM – 1AM. Tickets: Get em here.

First Fridays at The Yard – ‘First Fridays w/ Keith Johns’, is the new monthly residency at the Wynwood Yard! The night begins at 8pm with a set by the smooth style of Roberta Burke and her band, then it’s on to Keith Johns for two sets to close out the night!! Come kick it, it’ll be one to remember!

YogaRefresh 2018 at New World Center – Start your New Year off right! Celebrate 2018 with a day devoted to mindfulness and music in the world-class New World Center Performance Hall. Retune and relax your body through the healing rhythms of live classical music, yoga, sound bowls and other healing instruments.

No Country For Old Men (35mm) + Discussion – With just a decade since its release, No Country for Old Men still stands as one of the best works in the Coen Brothers’ extensive filmography. It juggles a slew of hefty themes, including fate, greed, corruption, and the changing times, all heightened by its darkly comic tone.

Shaker Sunday BBQ + Doggie Adoption – Break out the BBQ and hang out poolside with your 4 legged pals! Miami-Dade Animal Services is bringing some dogs that are available for adoption from 1p until 3p, so come early! Get to know Woof Equals Love and Mutt Munch Dog Treats.

21 Day Challenge – 21 Day Challenge is an incredible active meditation process to move things through the body and develop awareness, let go, and consequently live in more freedom. It is a powerful, deep working technique, doing it in a group setting helps the energy to intensify.This course will give you a thorough and energetic understanding of this revolutionary meditation technique for today’s people.

Where: Inhale Miami. Time: 9AM. Tickets: Find out more here.

Music on the Mile – Join the City of Coral Gables and UM’s Frost School of Music for a free live concert at The Plaza at 150 Miracle Mile, courtesy of the McBride Family. It’s the green space between Barnes & Noble and BurgerFi. Refreshments for sale.

Free Rooftop Sunset Yoga – Warrior Flow is back at the beautiful rooftop at WeWork South of Fifth on Lenox. Join us every Tuesday in January at 6:30pm for yoga. Open to everyone. Donation-based. Special surprises in store. Bring your mat. Mark your calendars and help us spread the word by sharing event.

The MOTH StorySlam – Prepare a five-minute story about keeping your eye on the prize! Clawing your way to the top, cut-throat tactics or just keeping your nose to the grindstone. Practice, practice, practice can get you to Carnegie Hall and beyond…but some have made it via sabotage, nepotism or other nefarious calculations! Tell us of the quest to be king or queen of the mountain.

Miami is Not Plastic Launch – The launch of MIAMI IS NOT PLASTIC campaign, a collaborative initiative to inspire hospitality businesses in Miami, FL to reduce single-use disposable plastics as part of the global movement to clean our oceans. Hospitality leaders will be inspired to eliminate single-use plastics from their operations. At the launch event, local retailers and restaurateurs, along with the general public, will have the opportunity to meet with eco-friendly vendors and speakers and learn more about how they can get involved.

Women Writers’ Reading Event – Join The Betsy Hotel for a special evening with the Women Writers’ Group, a collection of local writers honing their craft through a weekly gathering at The Betsy. After a year of meeting, writing, sharing and growing, the writers are excited to share their works with the community.

Monsters in The Shape of Water – Guillermo del Toro’s “The Shape of Water” follows in the tradition of genre films that use their fantastical elements – monsters, magic, horror – to explore contemporary social and political issues. His latest effort grapples with prejudice and the concept of the other. Take in a conversation on this aspect of genre filmmaking moderated by Gables Cinema Associate Director Javier Chavez, featuring Miami Herald writer Rene Rodriguez and filmmakers Diego & Andres Meza-Valdez.

An Evening with Ta-Nehisi Coates – Books & Books and Miami Book Fair are proud to present An Evening with Ta-Nehisi Coates. Tickets include a copy of the book. The conversation will be moderated by Nadege Green, who covers social justice issues for WLRN. The event is a special presentation of Miami Book Fair and Books & Books who once again join forces to bring the South Florida community an unforgettable encounter with leading-edge authors of note.

EB and Friends with Special Guests – EB comes back to the The Wynwood Yard for their monthly series “Elastic Bond and Friends” with special guests Dj/Singer #Chulius(Los Amigos Invisibles) and electro-soul trio #AtomicMish. Highlighting the success of the single “Espérame feat. Elastic Bond”, from Los Amigos Invisibles’ latest Grammy-nominated album, this first show of 2018 will be full of groovy awesomeness.

Who Framed Roger Rabbit 30th Anniversary – In 1988 director Robert Zemeckis’s followed-up his iconic “Back to the Future” with another 80’s classic that has brought joy to so many over the past three decades, WHO FRAMED ROGER RABBIT?. This Academy Award winning animation-live action hybrid introduced us to the loveable Roger Rabbit (voiced by Charles Fleischer) and Eddie Valiant (Bob Hoskins).

Art Deco Weekend – Join the Miami Design Preservation League for a Weekend of Art Deco appreciation. With a full roster of over 85 events including live music, tours, fashion shows, and the Deco Film Festival, there’s something for everyone at this year’s Art Deco Weekend, the 41st annual installment of the Miami Beach Deco District’s marquee event.

2018 SciFi Miami Film Festival – With one festival pass, you will have 80+ SciFi & Fantasy Films to enjoy. Meet the animator who makes the Porg come to life in Star Wars. Are you a VFX creator? Learn from one of the best how to make a living with insight and experience. Learn cinematography and the film business from the award-winning creators from Journey to Planet X.

Craig David Presents TS5 at The Ground – Hot off the heels of his new single “Heartline” and in anticipation of his new album “The Time is Now” scheduled for release in early 2018, CRAIG DAVID will bring his TS5 performance to The Ground stage!

Where: The Ground Miami. Time: 8PM. Tickets: Get em here.

Metropolis (1927) – The silent film is regarded as a pioneering work of the science-fiction genre in movies, being among the first feature-length movies of the genre. Made in Germany during the Weimar Period, Metropolis is set in a futuristic urban dystopia and follows the attempts of Freder, the wealthy son of the city’s ruler, and Maria, a poor worker, to overcome the vast gulf separating the classes of their city. The art direction draws influence from Bauhaus, Cubist and Futurist design.

RUN x Lincoln Road – It’s the final run before the Miami Marathon! What better way to prepare than a 9 mile run of the Miami Half Marathon course with Hector Arana, Lincoln Road ambassador and founder of IRun Company .The run starts at 6:30 AM followed by a recovery lead by Henry Rivera and Sandra Sanchez Corrective Exercise Specialist/Soft Tissue Therapists from DBC Fitness .Aminorip will be there providing the recovery with collagen based protein.

Renda Writer Art Show + Haiti Send Off – Before leaving for Haiti on January 17th, 2018, to create his 50th mural for The World Peace Mural Tour, Miami Artist Renda Writer is teaming up with Midtown Miami Magazine to host a “Send Off Party” and Art Show.

Fantastic Planet w/ Live Score – Nothing else has ever looked or felt like director René Laloux and Polish Jewish writer/illustrator Roland Topor’s animated marvel Fantastic Planet, a politically-minded and visually inventive work of science fiction that 45 years later astonishingly still reflects the horrors of the Holocaust, dictatorship, and conformity.