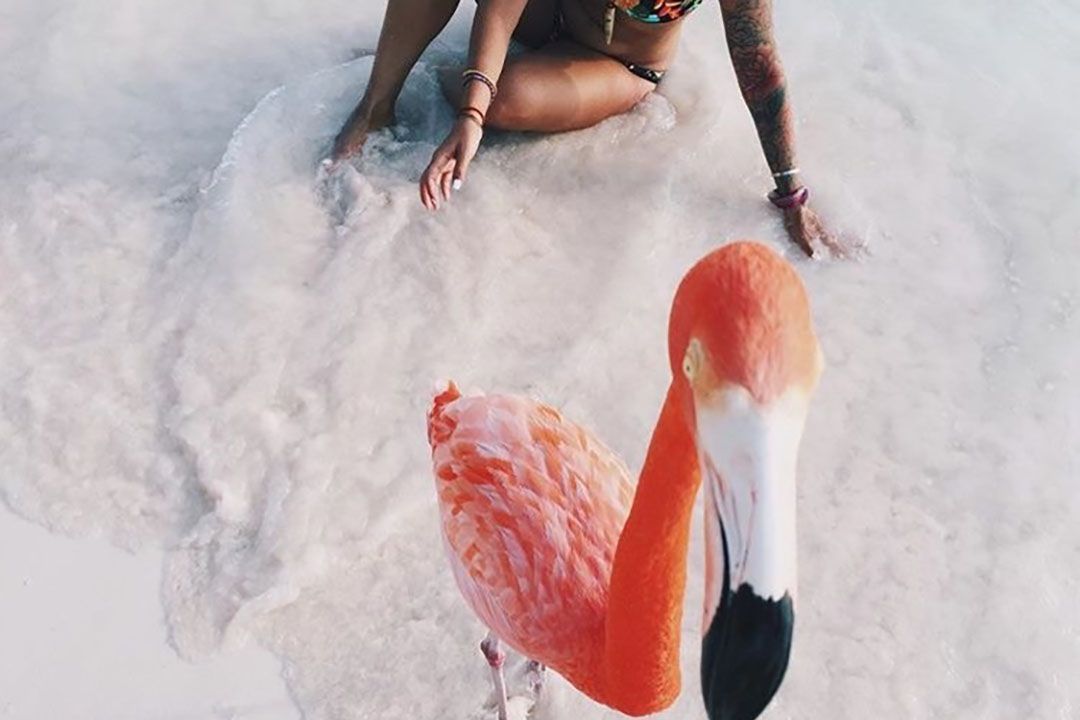 Already three weeks into the fall season and Miami is ablaze with ground-breaking culture. Ramping up for epic happenings to come, our city is bringing out its vibrant colors and showing off just what makes it so special. We have music festivals ahead of us, heart-to-heart talks with innovators, world premieres, and one-of-a-kind musical collaborations. Check it all out.

Affordable Housing: Data, Solutions & Mapping Tools – The University of Miami’s Office of Civic & Community Engagement, Miami Homes for All, and the Shimberg Center at the University of Florida, are pleased to launch two new innovative, data-driven tools to understand and address the affordable housing crisis in South Florida. During the launch, they will showcase the work they have done in mapping the geography of housing affordability and the policy solutions that can best address local needs.

Where: University of Miami’s Office of Civic & Community Engagement. Time: 8AM – 11:30AM. Tickets: RSVP here.

Jazz at The Yard – These shows are each Wednesday from 8 pm – 11 pm for free at The Yard and are curated by Chad Bernstein of Guitars Over Guns. On Wednesday, October 18th, catch Lemon City Trio. The Miami-based band is all about “making music that feels good”. Lemon City Trio is Brian Robertson on organ, Nick Tannura on guitar, and Aaron Glueckauf on drums. The trio brings the cultural influences of their surroundings and puts them forth in a unique, smooth and exciting approach.

BBQ Throwdown: Seed Preview Party – These chefs are bringing dat BBQ to the party! Four chefs compete for best Plant Based BBQ. Bring your appetite and vote for your favorite. Live music with The Shady Street Show Band, local craft beers, libations, and Radiate Kombucha will wet your whistle, at the Wynwood Yard. Best of all, 100% of the proceeds benefit Health In The Hood.

Where: The Wynwood Yard. Time: 7PM. Tickets: Get em here.

Long Live Print: A Poster Workshop with Jessy Nite – Get graphic with a hands-on poster-making workshop led by artist and designer Jessy Nite! Pick up some tips on typography and composition while having fun and finding inspiration in our special exhibition “Julius Klinger: Posters for a Modern Age.” No prior skill or experience necessary.

Where: SoulCycle at The Shops at Merrick Park. Time: 7:30PM. Tickets: Get em here.

Brian Eno’s “The Ship” – The Institute of Contemporary Art, Miami and the Miami Design District, in partnership with III Points Festival, present the US museum debut of The Ship, an immersive audiovisual installation by prolific composer, producer, keyboardist, singer, and multimedia visual artist Brian Eno. The Ship will be on view in the Miami Design District’s historic Moore Building, October 20 through November 7, 2017.

Hurricanes, Climate Change & The Everglades – Join this conversation about hurricanes and their impacts on coastal in South Florida. Learn from hurricane experts how frequency and strength of hurricanes is varying with climate change and hear from students and researchers about the impact of Hurricane Irma in the Everglades. After the panel, there will be a “Florida is…Nature” art exhibit by Xavier Cortada and refreshments will be served.

Jamtoberfest Weekend at The Yard – Here’s some autumn feels that are guaranteed: a lineup of three amazing acts you won’t find anywhere else in Miami, for three nights in a row: The California Honeydrops, Unlimited Devotion and Zach Deputy with ITAWE. Join #Jamtoberfest Weekend on our Simple Vodka Stage from Friday, October 20th to Sunday, October 23rd.

Score: A Film Music Documentary – What makes a score unforgettable? Taking a peek at how composers developed some of the most iconic scores in history, SCORE: A FILM MUSIC DOCUMENTARY follows the creative struggles of designing a modern soundtrack from scratch, featuring some of cinema’s most recognized names in film music.

Wanderlust 108 Miami 2017 – This day is all about community, bringing together a 5K run/walk, an outdoor yoga experience, and a guided meditation. Following the triathlon, you can choose your own mindful adventure by partaking in one scheduled activity, grabbing a healthy, organic lunch, stopping by Wanderlust’s True North Cafe.

Nature Into Art/Art Into Nature – A day of visual art exhibitions, performances, architecture and sound installations, live music, and more. Artists will work side by side with PAXy, collaborators, and the Botanical Garden to make you float in a magical world. World created around the exploration of the intertwined relationship between nature, art, and ourselves.

HistoryMiami’s A Sip of History – Join HistoryMiami Museum and Concrete Beach Brewery for a Happy Hour on the Bay! Enjoy light libations as you sip your way through history with HistoryMiami Museum’s Resident Historian, Dr. Paul George. Discover the storied past of Stiltsville, a series of colorful wooden houses built on the flats of Biscayne Bay.

Project305 Community Premiere & Wallcast – Join NWS in SoundScape Park for a #Project305 community celebration culminating in the world premiere of “Miami in Movements,” a crowdsourced symphonic work and accompanying video created by Miamians. The evening’s activities will also include performances by local artists Picadillo, The Barry Bucaneiros and a special gospel choir with vocalists from three local choirs, under the direction of Dr. Nelson Hall.

Namaste at The Tank – On Sunday, October 22nd, The Tank invites you for their first ever yoga event. Namaste @ The Tank will begin at 11 AM, and will cost only $10 for entry which includes a beer on them. They will be doing all level Vinyasa Yoga. Bring your own mat and see you here!

Shaker Sunday with St Roch Market – Shaker Sunday BBQ collaboration with St. Roch Market Miami. They’ll be featuring this new artfully curated modern food hall that will be arriving in the Design District this fall. Chef Andrew Zarzosa will be at the BBQ featuring some of his dishes that will be available at Yuzu Miami and Guest Bartender Derek Brumfield of Mayhaw.

Yoli Mayor in Concert – Yoli Mayor is a Cuban-American singer/songwriter based in Miami. The 21 year-old started singing at age two, and studied at Academy of Arts and Minds in Coconut Grove. Called a “Miami grown vocal powerhouse” Yoli’s voice is often compared to Adele, Etta James and Amy Winehouse. She cites additional influences as Ella Fitzgerald, Selena, Celia Cruz and Marc Anthony.

Farm to Table Dinner – Dearly Departed: Edgar Allen Poe – In honor of the spirit of Halloween, this month, go back in time to rescue some of your favorite dearly departed authors. Celebrate their lives with special, themed dinners that summon the ambiance, characters and settings of their work and times.

Miami Motel Stories Launch – Miami Motel Stories is a real-time immersive theatre experience that takes place inside one of Little Havana’s most beautiful and iconic buildings – the Tower Hotel. Built in 1920, this newly-restored boutique hotel has nearly a century of deep-rooted history in the neighborhood, and we’re telling those stories, inviting you on a journey of Miami’s past, present, and future… one room at a time.

Thornton Wilder’s ‘Our Town’ – OUR TOWN: Miami New Drama reimagines Thornton Wilder’s iconic American play for multicultural Miami audiences. The characters at the center of this beloved drama will speak English, Spanish and Creole (subtitles provided) – the first time the Wilder Estate has allowed changes to the play’s award-winning text. By adding new layers of language and culture, Our Town redefines the quintessential American – and human – story.

Nu Deco Ensemble – Nu Deco kicks of their third season at Wynwood’s very own, The Light Box at Goldman Warehouse. Come celebrate the new season with the music of Henry Mancini, Judd Greenstein, Daniel Wohl and a tribute suite to the original pop chameleon, David Bowie. The performance will feature a special collaboration with Emily King, American R&B singer/songwriter from New York city.

POP Cats – Get ready for a meow-palooza! The event will mix feline lovers, curious spectators and the pop-culture obsessed in a fun-packed show featuring a herd of adoptable cats, esteemed advocates, artists and makers of the most innovative products with cat-titude.

Ibeyi in Miami Beach – From Paris to Cuba and all points in between, the twin sisters of Ibeyi created a global sensation with their 2015 debut. How does one follow up on a groundbreaker? The young artists immersed themselves in their Afro-Cuban roots, and collaborated with musical luminaries. Now they return to the US this fall, including a date Saturday October 28th at the North Beach Bandshell in Miami Beach.

The Shining 35mm – Stanley Kubrick’s adaption of Stephen King’s novel takes the audience into the mindset of extreme isolation through a supernatural realm. Jack Torrence (a maniacally perfect Jack Nicholson) becomes the caretaker of the snowbound Overlook Hotel during the off season to write his next novel in peace. Warned of the previous caretaker’s psychotic meltdown, Jack takes his wife (Shelley Duvall), son (Danny Lloyd), and the son’s “imaginary” friend Tony on the trip. What begins as a relaxing stay in an idyllic setting turns into a horrorshow courtesy of the hotel’s gruesome past.

Grand Opening Day at Bass – Miami Beach’s contemporary art museum is back and will open its newly transformed space to the public on Sunday, October 29, 2017 with solo exhibitions by Ugo Rondinone and Pascale Marthine Tayou. These exhibitions debut following a major renovation of the museum, which has increased programmable space by nearly 50 percent within the existing footprint, creating a new internal structure with four additional galleries, a museum shop, café and designated education facility.

Classic Album Sundays – Started in the UK in 2010, every month Classic Album Sundays HQ selects a seminal album and listening parties are held in cities around the world utilizing audiophile-quality equipment. For October they’ve got the albums that introduced us to two iconic bands: The Clash’s 1977 self-titled debut, and the CAS album of the month is The Strokes’ 2001 debut “Is This It”! Come out for a full vinyl playback and presentation, first needle drops at 5:15 sharp.

Magnum Size Halloween at The Anderson – Don’t be a drag and grab a couple friends to join The Anderson at their biggest event of the month! THE LiNEUP:  Tp Lords, MISSY MIYAKE, TLO IVY, Athena Dion.