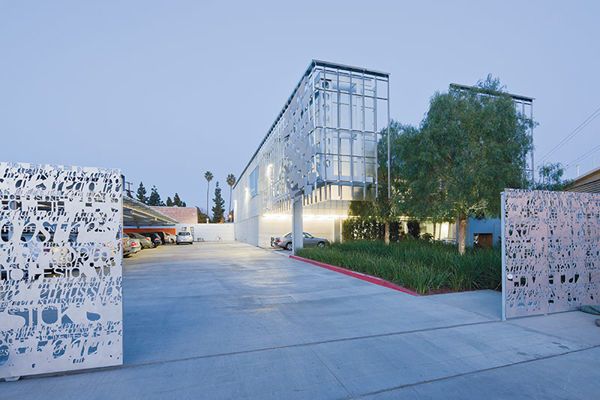 What are you thankful for? With the hustle and bustle of our daily lives, it’s easy to forget how important it is to show gratitude for the things we hold close to our hearts. Thanksgiving is an annual holiday reminding us to come together and take the time to appreciate the special things, people and places in our lives. Freehand Los Angeles will open its doors to the City of Angels in a few short months, and in the spirit of Thanksgiving, here are a few things we’d like to thank Los Angeles for:

Embracing diversity means accepting all people, spreading love instead of hate and welcoming all cultural backgrounds. Individuals from around the world call LA home—making our city one of the biggest melting pots in the United States. Angelenos come from 115 different countries and speak 225 different languages. We happily welcome all people to join the beautiful mosaic that is LA. Embracing all people and their cultures has also added extra flavor to our city—we have access to some of the most unique, scrumptious cuisine from all over the world. Who wouldn’t be thankful for that?!

There is so much beauty to be seen and explored in Los Angeles. The best part about all this exploration is that it’s free (like all the best things in life are). Head to The Getty to explore one of the world’s largest free art organizations with a breathtaking view of the city from the roof. Hike Griffith Park, one of the largest municipal parks in America, and take in an unreal view of the city from the canyons. Hop on the elevator at City Hall for an up-close view of downtown LA—bring your ID, tell the folks at the entrance you’re heading to the observation deck on the 27th floor and swoon. Or, head over to Hermosa Park to get your own version of the iconic bench shot with a sweet DTLA backdrop.

Our city is home to some of America’s favorite architectural masterpieces—Union Station, Hollywood Bowl, Walt Disney Concert Hall, the Hollyhock House and LA Central Library are just a few. But our architectural awesomeness doesn’t stop at the amazing views and iconic landmarks. LA also ranks #2 in top 25 cities with the most energy efficient buildings. It’s true, Mother Earth won our hearts and our commitment to the environment will only continue to grow.

Layin’ Down the Beats

From rock ‘n roll legends like The Doors & Gun N’ Roses, to the hip-hop kings of NWA — the LA music scene set the standard for cool. It all began in the auspicious Laurel Canyon back in the 60s — where some of the most groundbreaking music was written and created. Totally influential artists like Joni Mitchell, Neil Young, the Mamas & the Papas and Crosby, Stills, Nash & Young all came together to create some of the greatest music ever made. Artists today caught that same vibe, Mumford & Sons, Haim, Maroon 5 and Wilco are just a few who turn to Laurel Canyon for creative inspiration.

Hike the canyons. Explore the heart of DTLA. Try new eats. Meet new people. Go surfing in the morning and snowboarding in the afternoon. Immerse yourself in art and California culture—almost any activity you can dream of is readily available to you in the City of Angels. So meet us on the best coast (the West Coast) and lets give thanks to the Golden State together. What are you waiting for?