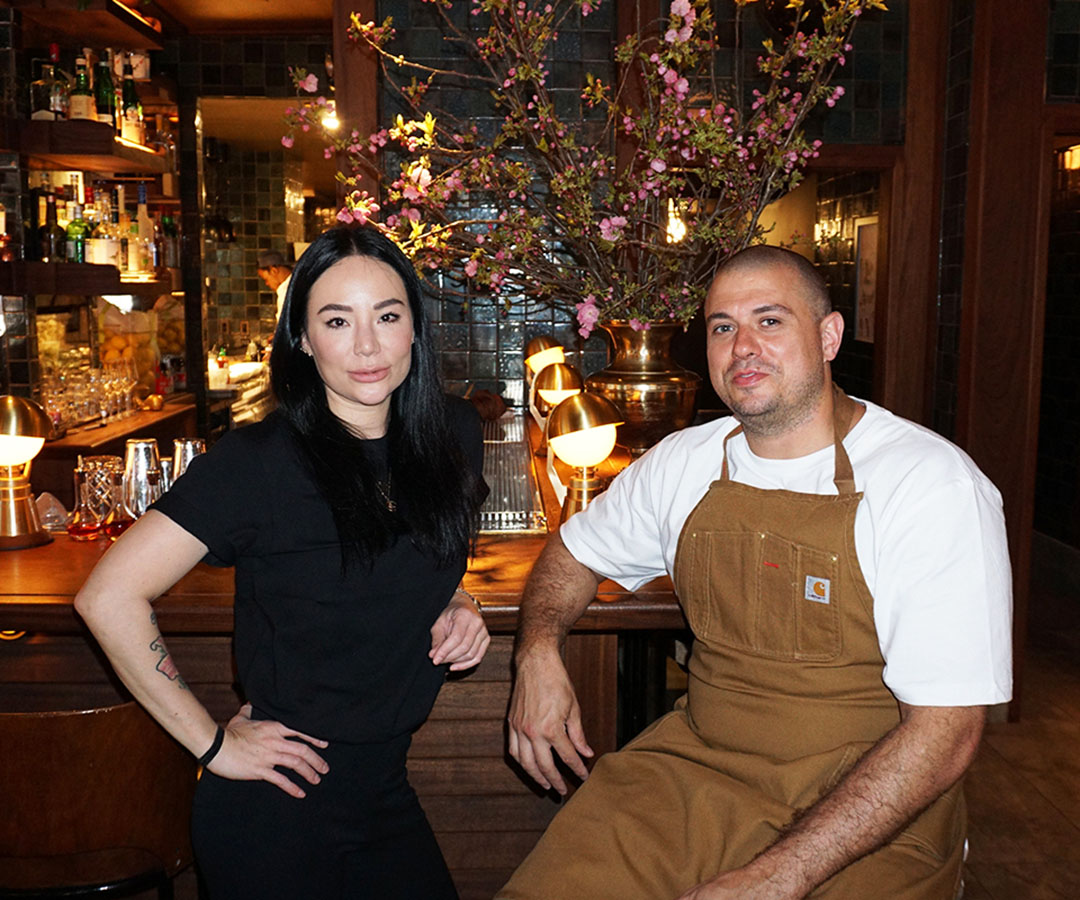 14 May - Yakitori 101 By Our Friends At Yardbird Hong Kong

If you’re familiar with the Hong Kong food scene, you know that Yardbird Hong Kong is the place to eat right now. With packed tables every night, Canada natives Matt Abergel and Lindsay Jang have built a high temple of yakitori — an impressive feat considering the breadth of amazing restaurant options in Hong Kong. We were lucky enough to host Abergel and Jang for a one-night-only pop-up as part of our monthly series, The Neighborhood. We chatted with them about their formula for success, and the one part of the chicken you can’t turn into yakitori…

Freehand New York: What attracted you to opening a yakitori restaurant?
Matt Abergel: The biggest thing was just opening a place where I enjoyed cooking. Simple, not complicated. It’s not about the chef, it’s about the food. A place where I can have a good time. I was tired of cooking just for rich people.

FHNY: Is your restaurant packed every night?
MA: Pretty much, unless there’s bad weather. We do at least two and a half turns every single day, on a busy day it’s more like four. It used to be a much smaller place, now it’s a bigger restaurant.

FHNY: How do you maintain hospitality in a restaurant that is always busy?
MA: Attention to detail. Any small tiny piece of paper, anything like that on the floor, things being crooked — that all drives me insane.

FHNY: Does that correlate to the number of birds they bought that day?
MA: In Japan it’s a little bit different. There are a lot of butchers there catering to the thousands of yakitori restaurants in Japan, so you can buy all the different parts. In Hong Kong, that’s not an option, so we need to buy whole animals. The chicken is local — that is our most local product. The abattoir is less than a block from the restaurant.

FHNY: Was there something you tried to make into yakitori that you couldn’t?
MA: We’re still working on the foot. The foot is a tough one. Too many little bones.

FHNY: Of the yakitori you make regularly, what’s the most labor-intensive?
MA: The neck skin or the wing tip. They’re small and they’re fidgety.

FHNY: Are they really worth it?
MA: Definitely, yeah.

FHNY: People must ask you this all the time, but what’s your favorite part of the chicken?
MA: The heart and the neck.

FHNY: What is the ideal way to order yakitori?
MA: I order a little bit at a time. It’s a long process. Just relax, eat, chill. Traditionally if you were going for yakitori in Japan you would have a beer first and then you would move into either a highball, sake, or shochu.

FHNY: What is your drink program like?
MA: We have a lot of Japanese whiskey, a lot of wine, about 15 reds, 15 whites, 20 different sakes, 10 shochus, 15 cocktails, a bunch of beer – it’s really balanced. By volume, we probably sell cocktails the most.

FHNY: Do you like shochu?
MA: I love shochu, but it’s a tough one to get. We had this conversation yesterday with my beverage manager. We sell a reasonable amount of it, but it’s one of those things you must get to know a little bit. We have sweet potato, pumpkin, soba, and aged barley shochus, but the biggest seller is probably rice. It has a really gentle nose. There’s still no local Hong Kong alcohol. There are a lot of breweries, but no local spirits.

FHNY: Other than chicken, what’s your favorite ingredient to work with?
MA: I really do enjoy working with vegetables and using them in a very basic way. The style of restaurant that we are, no one expects fancy preparation or a bunch of micro greens or two sauces in a garnish. We have that freedom to present things super simply. Something like a grilled maitake mushroom, I love.

FHNY: Is there any yakitori etiquette that people should know?
MA: No! It’s chicken on a stick…don’t be scared if it’s a little bit pink. In Japan, for sure, most of the time they’ll under-cook the chicken slightly. It’s better that way, but Americans tend to be extremely scared of any kind of under-cooked chicken.

FHNY: Is there anything from the New York that you brought back?
MA: Trader Joe’s always fun to go to. We went to the one in Union Square and came back with a suitcase full of bagels and snacks.