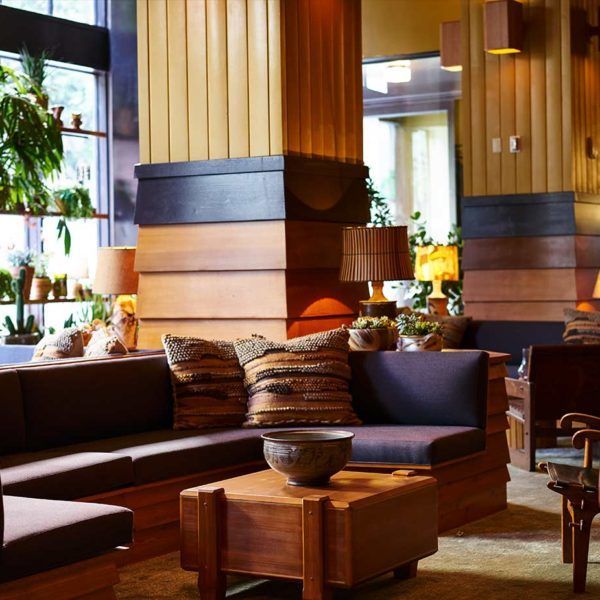 Freehand Hotels partner with designers, artists and the very best in the food & beverage industry to bring you an experience like no other. From the moment you walk in our doors, you’ll be surrounded by a creative welcoming culture that will keep you coming back. 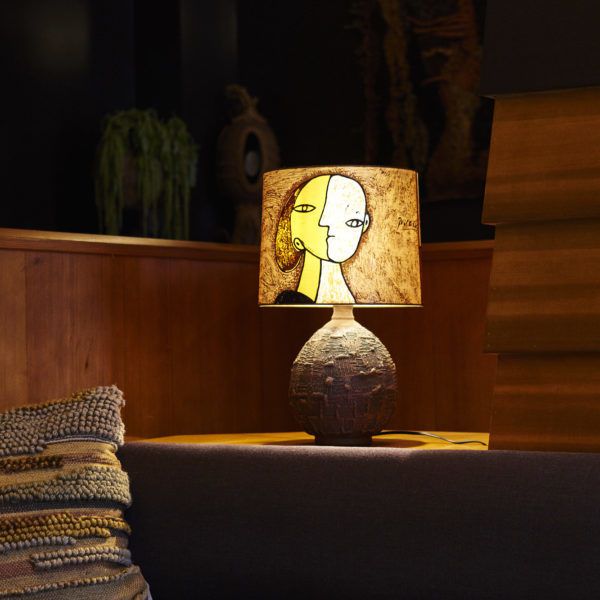 In 2002, Robin Standefer and Stephen Alesch partnered to found the New York-based design studio Roman and Williams Buildings and Interiors. The firm has since garnered international attention for their work on hotels, restaurants, retail spaces, homes, and product design. Distinguishable by their ingenious blending of historical elements with a modern reference, Roman and Williams strives to create projects which consistently find the tension between spontaneity and rigor, refinement and rebellion, and past and future. The studio places an emphasis on sturdy, well-made objects, custom designing many of the furniture and fixtures found in their work. Each project is instilled with a heightened sense of narrative and familiarity. Credited with disrupting the hospitality industry by creating an alternative to the ‘boutique’ hotel Roman and Williams is known for their work on such projects as Ace Hotel New York, The Boom Boom Room at the Standard Highline, and the historic Chicago Athletic Association Hotel. Their restaurants have received extensive praise, including Le Coucou, with Stephen Starr and Chef Daniel Rose, which was named New York City’s top restaurant of 2016 by the New York Times. In another project of cultural and civic significance, the firm is collaborating on the re-design of the British Galleries at The Metropolitan Museum of Art. Roman and Williams has received numerous accolades for their approach, including the prestigious 2014 National Design Award for excellence in Interior Design and a recurring presence in Architectural Digest’s Top 100 Designers. Robin and Stephen were cited by Fast Company in 2016 as two of the most Creative People in Business. 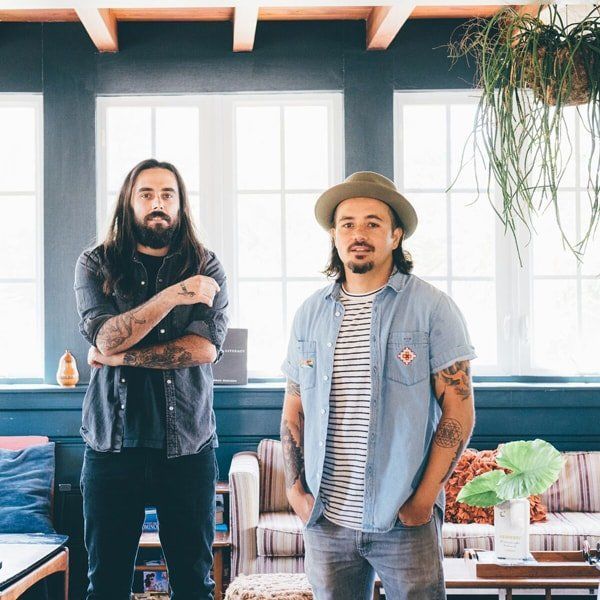 Gabe Orta & Elad Zvi are the founders of Bar Lab, a lifestyle consulting and management agency that focuses on creative hospitality, event planning, marketing & branding, and innovative beverage programs within the food and beverage industry. Orta and Zvi first gained notoriety in Miami for their hand-crafted cocktails, which lead them to open the city’s first pop-up bar in 2012 – the Broken Shaker at The Freehand Miami. The bar was an immediate success, and what began as a 30-day pop-up evolved into a partnership with the Sydell Group, giving the Broken Shaker a permanent home. In addition to consulting, Bar Lab has expanded its brand portfolio to include 27 Restaurant & Bar and The Anderson in Miami, the Broken Shaker in Chicago and LA, as well as The Exchange restaurant and Rudolph’s Bar & Tea. Known for marrying playful, hand-crafted cocktails with hospitality, The Broken Shaker has been nominated for two James Beard awards for “Outstanding Bar Program”, named one of the “The World’s 50 Best Bars” in 2014 – 2017, and was awarded the Best American Hotel Bar at the 2016 Tales Of A Cocktail Spirited Awards.

In 2012, César and Helvia Vega stepped away from their day jobs to fulfill a long-time dream of pursuing coffee, made solely from Nicaraguan beans, full-time. In a short span, they went from hand delivering roasted coffee from Washington Heights to running a successful counter-space inside a Soho boutique. Earning a notice from The New York Times, Café Integral was cited as a premier coffee destination in NYC. In 2014, they were proﬁled in Nicaragua’s most-read dailies, La Prensa de Nicaragua and La Estrella. In 2015, César was named to Zagat’s “30 Under 30” list of the most promising young culinary professionals and in 2017, César was honored as one of Starchefs’ “Rising Stars.” In 2015, the Vegas partnered with Freehand Hotels and Sydell Group to bring Café Integral to Chicago, Miami and Los Angeles. Café Integral opened its first full-scale outlet in New York’s Nolita in 2016, cementing its role as the chief authority on Nicaraguan coffee in the United States. 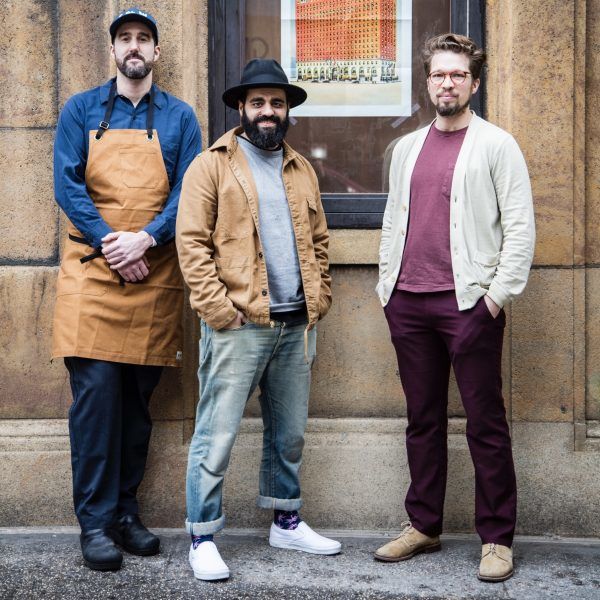 Founded in 2009 by Gabriel and Gina Stulman, Happy Cooking Hospitality is the New York City-based restaurant group behind beloved neighborhood restaurants Joseph Leonard, Jeffrey’s Grocery, Fedora, Fairfax, and Bar Sardine, all located within blocks of one another in Manhattan’s historic West Village. Dining in a Happy Cooking restaurant feels like being entertained at home if one lived on a historic corner, had a chef in the kitchen and didn’t have to do the dishes. They are the kind of places where one can comfortably dine often, and where guests quickly become family. Gabe is excited to be teaming up with partners Matt Kebbekus, Chef Matt Griffin and Sydell on Freehand New York’s Simon & The Whale, Studio and George Washington Bar. 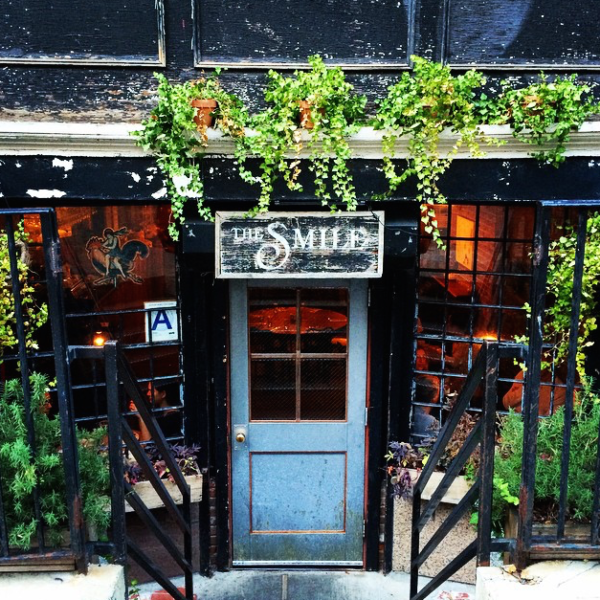 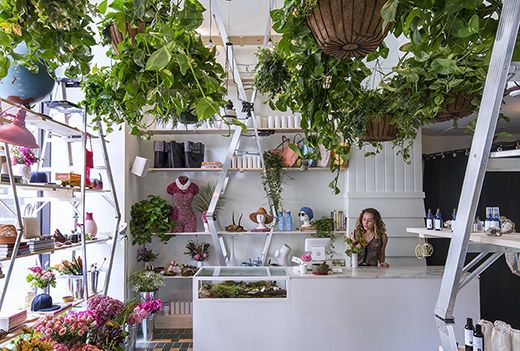 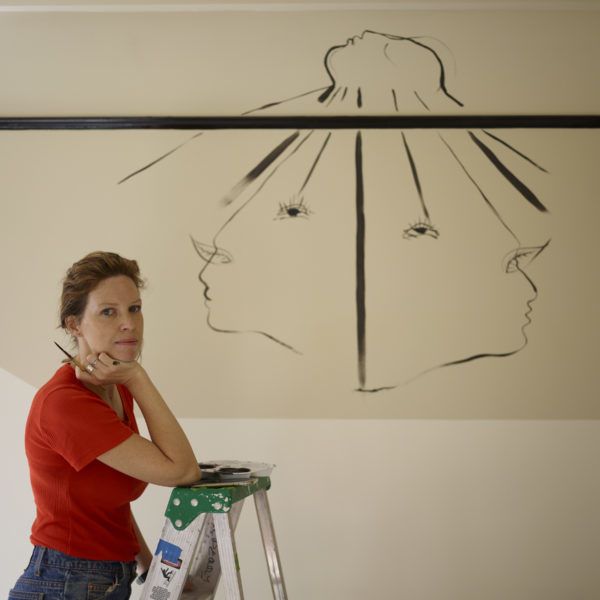 Building on a 150-year history as a competitive and innovative undergraduate institution, Bard College’s mission has expanded across the country, around the world, and to meet broader student needs. Now, approximately 2,000 undergraduates study in Annandale and more than 200 graduate students study in Bard programs, plus nearly 1,000 students in our early colleges. The undergraduate and graduate programs at our main campus in the Hudson River Valley of upstate New York retains a reputation for scholarly excellence and civic engagement. We are committed to enriching culture, public life, and democratic discourse by training tomorrow’s thought leaders.